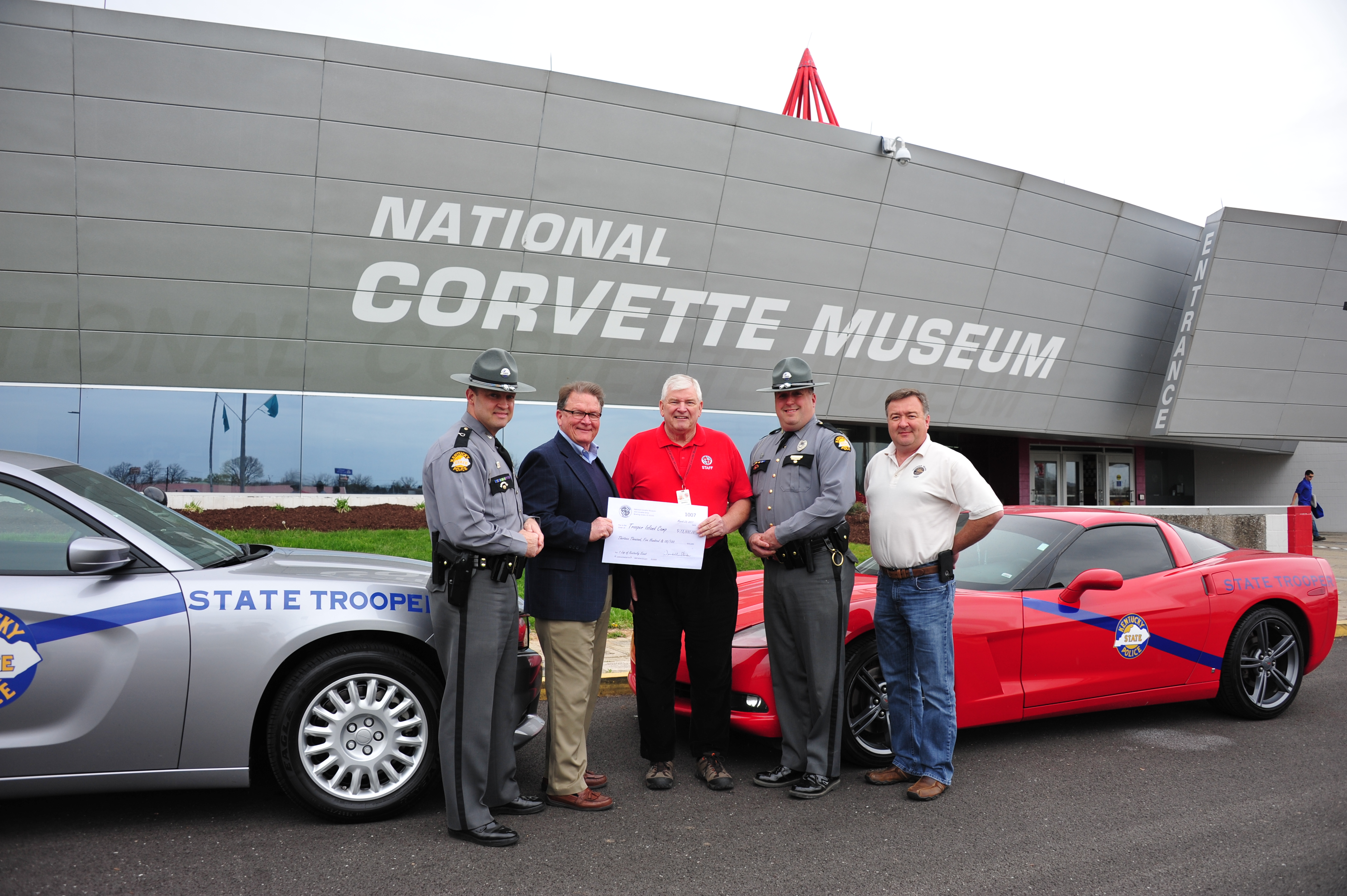 This past October the National Corvette Museum teamed up with the Kentucky State Police to lead a fundraising event like no other – taking participants to some of the most popular attractions and best dining the Bluegrass State has to offer.  The proceeds from the event were split equally between the Museum, a 501(c)(3) non-profit foundation, and the Kentucky State Police’s Trooper Island Camp, a free of charge, weeklong experience designed to help underprivileged kids age 10-12 develop their self image, build healthy eating and exercise habits, provide spiritual growth and further mental capabilities.

A check presentation was held on Thursday, March 23 at the Museum, with Trooper Island Camp receiving $13,500 from the event. Since the event’s inception in 2010, over $65,000 has been donated to Trooper Island through the Museum event.

“Corvette enthusiasts love road tours, so we thought why not expand what is typically a one-day excursion into a multi-day event open to not only Corvette enthusiasts, but the entire community,” said Karen Renfrow, Events Manager at the National Corvette Museum.  “The bonus was that a State Trooper led the tour, instead of seeing one in our rearview mirrors!”