On Monday, February 20 the Museum and Motorsports Park played host to a familiar face from the music world. John Oates, of the rock and soul duo Hall & Oates, was on site to film a sizzle reel with Gamma Blast Studios out of Nashville, TN. The program, tentatively titled “Haulin’ Across America,” will potentially be picked up and aired by this History Channel and/or Travel Channel. The show focuses on the history of transportation.

“I really had a blast at NCM,” said Oates.

Oates, a 2014 inductee of the Rock and Roll Hall of Fame, is no stranger to the world of auto enthusiasm – having driven a Porsche 924 and Pontiac Fiero competitively. He competed at Road America, Lime Rock and Daytona in the GTU division in the mid-80s.

While at the Museum, John learned about the history of the Corvette by Delivery Department team member Larry Crosbie, followed by a look at our restoration area with Daniel Decker. At the Motorsports Park, Track Operations Manager Matt Busby hosted John for some laps.

Like most people, John had his own Corvette story. He drove a 1965 Corvette 396 with cheater slicks to his high school prom. In the rain.

“I think he enjoyed himself,” said Larry. “He was shocked when I told him Zora and Elfi’s ashes were in the Museum.”

Fingers crossed that the piece turns into a full-blown season. We’ll keep you updated on any future air dates! 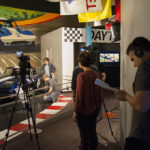 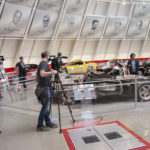 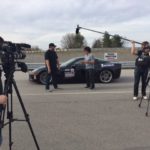 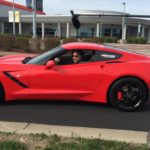 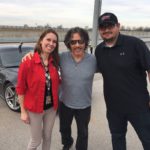