The National Corvette Museum in Bowling Green has opened a new exhibit that traces the history of transportation in the Commonwealth of Kentucky. Kentucky celebrated its 225th anniversary on June 1, and the exhibit commemorates the milestone while taking visitors on a trip through time.

“It’s an exhibit that’s designed chronologically,” said Derek Moore, Museum Curator. “It’s a flow of transportation history in Kentucky starting in the late 1700s/early 1800s, moving up to the 2018 Corvette.”

“I think some of the cooler artifacts are the Dixie Flyer because it’s a rare car, it’s one of a few Kentucky-based car companies that have existed,” said Derek Moore. “I also personally like the blacksmithing tools from the Shaker Village at South Union because it’s not just about a vehicle, it’s about the tools that the people used to make vehicles. It tells the story about the people that were involved in building things like the first carriage at South Union.”

The exhibit doesn’t focus solely on items or objects made in Kentucky. It tells the story of how things were used in Kentucky and how people interacted with that form of transportation, in addition to the Kentucky-made artifacts like the first Bowling Green built Corvette, a 1943 Ford GPW (Jeep) used during World War II, and the 1993 One-Millionth U.S. built Toyota Camry, which rolled off the line in Georgetown, Kentucky. Artifacts include 1800s era mile markers, a horse-drawn sleigh, early 19th century riding breeches and a tractor.

“Agriculture has played an important role for Kentucky since the earliest beginnings,” said Ryan Quarles, Commissioner of Agriculture for Kentucky and owner of the 1935 Allis-Chalmers WC tractor on display. “The tractor represents the role of the family farm, which continues to be a backbone of rural Kentucky today.”

The exhibit is not only interesting to visitors of all ages, but meets Kentucky’s core curriculum guidelines. School groups can schedule guided tours to see not only the special exhibit, but also numerous Corvettes and their history, as well as an exhibit on the Museum’s cave and sinkhole, and learn about karst topography.

“Whether you’re a big Corvette fan, or just have an appreciation for the cars, the Museum offers a little something for everyone,” said Moore. “You can learn the history of the iconic American sports cars, see maintenance being performed on Museum-owned Corvettes, be immersed in the story of the Corvette-swallowing sinkhole, then walk through time in our Kentucky exhibit.” 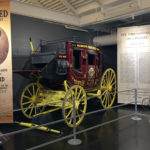 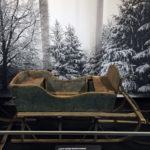 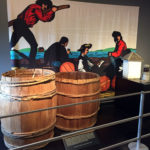 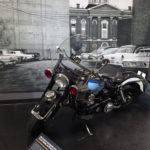 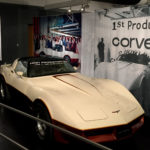