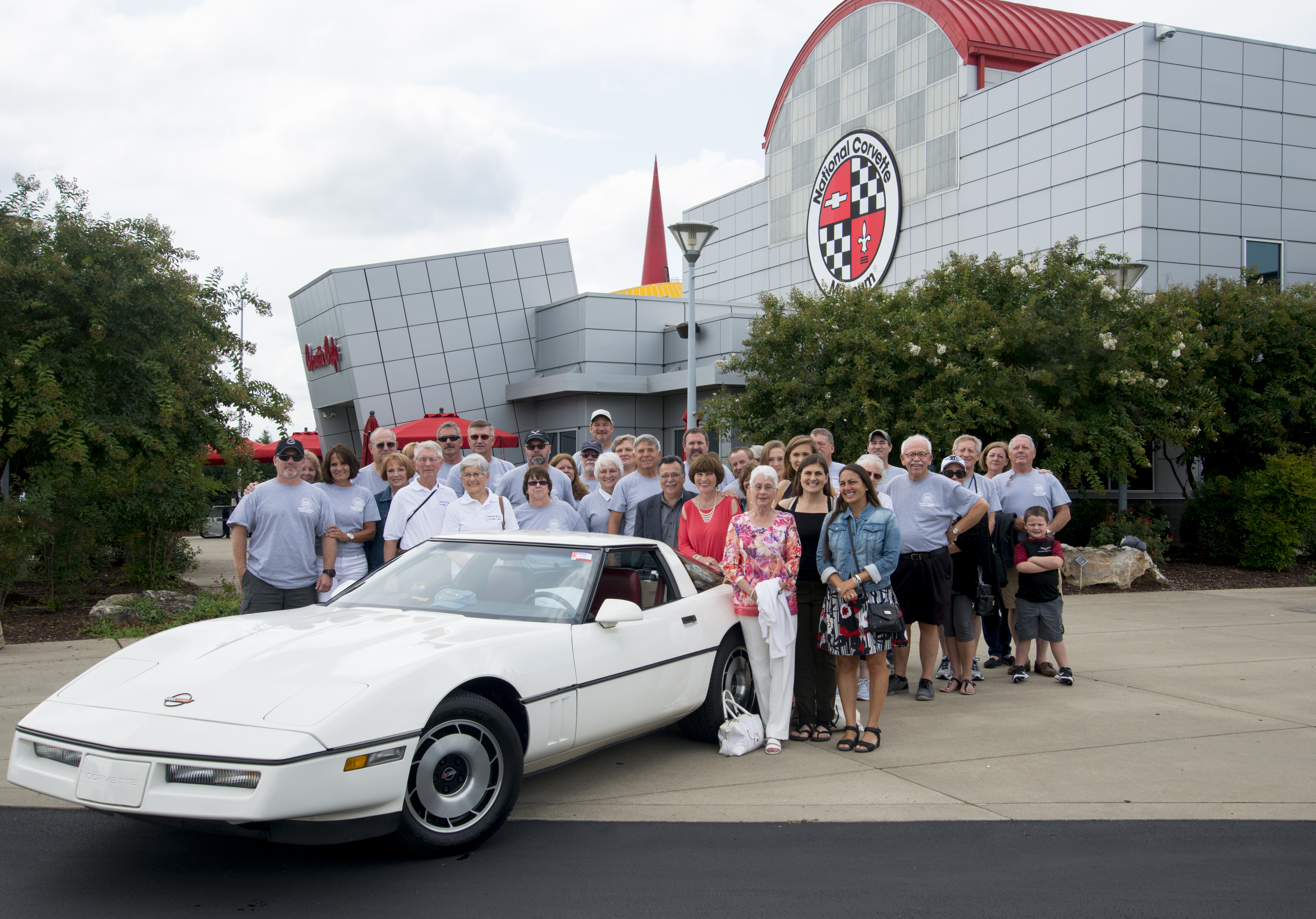 On Friday, August 4 the Museum received a special gift – a 1984 Corvette donated as a tribute to the late Don Oliverio of West Virginia. Approximately 40 family members and friends gathered at the Museum to make the presentation and celebrate his life.

“He was thoughtful and would visit people in the nursing home, even if he didn’t know them. That’s how kind and good he was to everyone,” said Linda Kolisky, Don’s sister. “We’re so honored that this is going to be here, the thing he loved so much, we’re so pleased.”

The Corvette was built at the GM Bowling Green Assembly Plant in March of 1983. “It’s a spectacular car to have in the collection, especially to be such an early production car of the C4s,” said Derek Moore, Curator. “We’re really grateful to have it.”

Don’s granddaughters, Cassidy Oliverio and Kayla Means, had the honor of driving the car into the Museum. “Last year I was in the homecoming court and he drove me in the parade,” said Kayla. “He liked any chance he could to show off his car. He would love to see it be in the Museum. He would feel very honored to have it here,” she said. “He would love to take it to car shows and this would be considered the ultimate car show!”

Daughter Jamie Oliverio smiles when she shares her favorite memory of her dad’s Corvette. “I drove the car once by myself in 1987. I never told him, but I took it up on I-79 and I floored it. He never found out, I don’t think,” she said. “It’s emotional – it’s a tribute. He loved the car almost as much as he loved anything, so now I feel like he’s going to live on forever.”

“It would make him very happy to know that we did this,” added daughter Johnna Oliverio. “This is the best place for it.”

Don’s brother, Jim, has worked with the Museum staff since February, 2017 to coordinate the donation. As Don’s sidekick at car shows and events, Jim said it has racked up numerous awards and accolades including NCRS, Bloomington Gold, Triple Crown in Chicago, Gold Spinner, numerous displays at Corvettes at Carlisle, Five Star Crossed Flags, numerous Top Flight Awards, Dave McClellan Marque of Excellence Award, and has passed the PV (performance verification) for NCRS indicating that everything operates as new. The body and paint are all original, it is a true survivor.

“This is something that I think Don is looking down and really pleased with it. I don’t think he ever thought he’d have a car here,” said Jim. “I hope the Corvette world comes here and enjoys the car. It’s a wonderful car that was owned by a wonderful person.”