January 15 through March 25 the National Corvette Museum is hosting in the Exhibit Hall fourteen examples of American Muscle as part of a Hot Rod / Street Rod exhibit. The exhibit features a little something for everyone… from 1932 to 1973, from Chevrolet to Ford and others in between.

“When we added on the Exhibit Hall in 2009, the thought was that the space could be used for a variety of exhibits,” said Bob Hellmann, Facilities and Displays Manager.  “We try to select exhibits that will appeal to a new audience, while offering a little something extra for our Corvette fans. This allows us to give our visitors 45 minutes of Corvette, and about 15 minutes of something different during their tour.”

Daniel Decker, Vehicle Maintenance and Preservation Department Coordinator at the Museum, has been hard at work, calling on car collectors in the area to create a well-rounded display.  “First we started out with more of the street rod / hot rod type vehicle, then we broadened into the American muscles. We’ve tried to find some pretty neat stuff,” Daniel said. “We were really looking for those cool cars, the more sought out muscle cars.”

With a friend having a collection curated from a number of Barrett-Jackson auctions, and another friend having 30 cars to choose from in his garage, plus many others willing to loan their prized rides to the Museum, Daniel’s pool of pickings have been vast. Daniel, himself, is a hot rod collector and restorer with a fine appreciation for classics. You can often find him answering visitor questions on the latest Museum car receiving some fine-tuning, so he’s excited to have a group of cars he hand-picked for display.

“I think for many folks, this exhibit will bring back fond memories of a car they once owned, or maybe a car their parents or grandparents would drive around in when they were young. I’m excited to see what everyone thinks of our picks.”

Some of the cars include:

If you are interested in loaning your car for display in the Museum for future exhibits, please fill out our online application here. 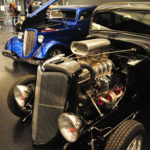 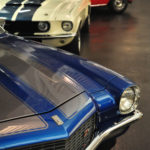 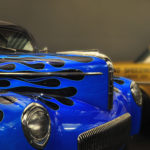 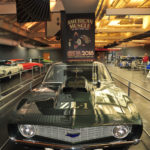 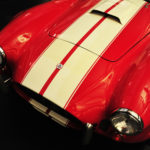